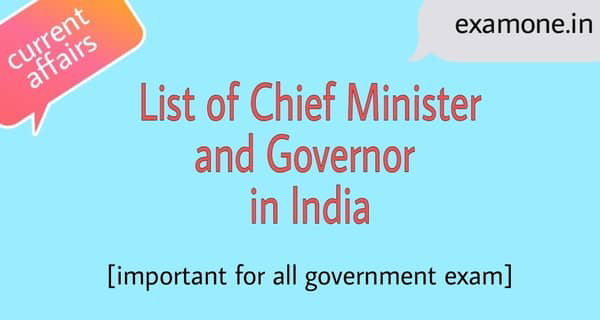 At present, India consists of 28 states and 8 union territories.  India has 30 chief ministers, including 28 from the states and two from the Union Territories of Delhi, Puducherry.
The Chief Minister of a state is the real executive authority (de facto executive) of that particular state.
India is a "Union of States". Article 164 of the Constitution states that the Chief Minister shall be appointed by the Governor. However, this does not mean that the governor can appoint someone as chief minister.
Turn on the Desktop Site to see the Full List
List of Current Chief Ministers, Governor and Capital in India 2020
Indian union territory capital CM and governor list 2020 >
>.  ..  .  ...Download This Pdf Click here
Next Post Previous Post
No Comment
Add Comment
comment url
Current Affairs